A downloadable game for Windows

The Starlit Escape! A Game Boy style Metroidvania about exploring a haunted space station and meeting ghosts along the way! Made in the month of October for Halloween!

Edit: Just finished it and finally figured out how Espy works. If anyone else is wondering, the wall will sparkle if it's a secret area and Espy is equipped.

The new version fixes all the big problems, so nice :D

This is the third time than I'm playing through this game, do you think it would be possible to add a key to skip dialogues?

Thanks again for this great game :)

Might be considered for a future update, I'd probably need to completely rewrite the cutscene engine for it though, as some cutscenes trigger boss fights and change locations, and skipping them would cause those events to not occur at all with how it's set up right now. If I can think of an easy workaround I'll add it whenever I do the next update :)

Just beat the game with all the upgrades and stuff, really nice.

Even though I gotta admit that at the end, where only the endboss was left and still armaggedon and other expensive stuff to buy, isntead of grinding over and over, I just cheated myself a bunch of money into the game :-)

didnt change gameplay or anything, just kept me from having to kill same enemies over and over again.
would have defeated the endboss without issue even without armaggedon.

I mean, I took like 1 point damage, while having 12 or something health.

was a really nice game, even though too easy in certain parts :-)

but I loved it, this is the kind  of metroidvania I just love to play :-)

Hello! Your game looks pretty interesting and i would like to give it a try through the Itch.io Launcher, would it be possible for you to tag the different builds depending on the system? (As in, tag the Windows 64 build as a Windows 64 build in the settings) Hope it isn't too much trouble, thank you! :)

Thank you very much! Good work on the game :)

hey, is it an upgrade that you later pick up or is there really no map except for the first 2 areas?
without map backtracking would surely become a pain :-(

Oversight on my part with the last update! Maps were programmed in but I forgot to actually connect them past the first two areas, should be fixed now in the latest download version.


well, doesnt really matter for me anymore as I am probably at the final boss
(at the core warp point)
wont go further for the time as i want all the stuff.
got all the collectables, currently grinding to get the few second-shop upgrades.

sure takes a lot of grinding though to get 9999+ coins together.

any good grinding spots?
I think the area up to the core and the star tunnels are the most profitable, aren't they?

still missing the last 3 items, hoping that they are the ones from the store

That was an amazing experience, I completed the game and unlocked as much I could.

My player stats are now 4-3-3, is that the maximum or did I miss some secrets?

I'll surely come back to this game!

Thanks for the information!

This game takes what is good about the Metroidvania genre, and compresses it into a fun, humorous sample of the genre. A small, but fun game. However, I failed quite a few times to the Boxbot while learning its attack patterns, and thus had to watch the one cutscene more than three times. A way to skip previously scene cutscenes, or maybe another checkpoint near the boss battle would be nice.

There is a save room directly opposite the boss room! They’re marked with a little save icon on the wall to show there’s one there!

Whoops! I feel a bit foolish as I actually found the save room in question, then forgot! Sorry about that. BTW, was there any specific tool used to create the GB-style graphics? I'm using Monochrome Spriter currently (Page), but am interested in learning about a variety of tools before I begin a project. Nice game:)

I picked a pallet of 4 colours and then used Aseprite to draw all the visuals!

It was a lot of fun!

I love this game! It's so much fun and really well made, I love the dialogue. The music is really awesome too!

This game.
Is so freaking good.
I can't even.
One suggestion to make it better: If I've already seen the cut-scene, please make it skippable. That would be the only fix, though. Thanks!

Ooof, I really want to play, but I've already soft locked myself... in the menu. I was playing around with buttons, found myself in the controls setting menu, and accidentally bound everything to the same key. Now I cannot do anything. I've tried uninstalling and reinstalling with no avail. How can I reset this data? 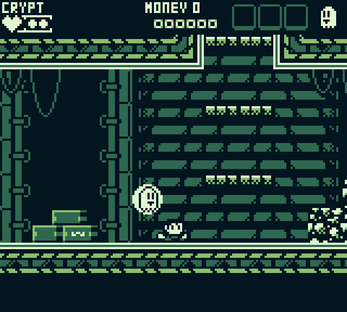 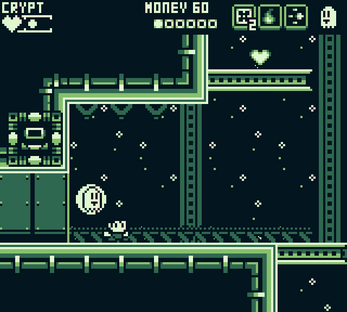 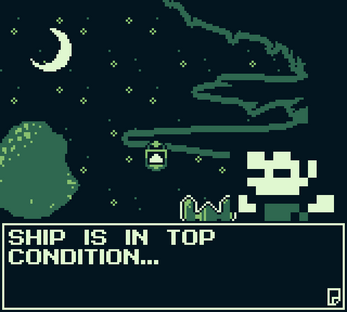 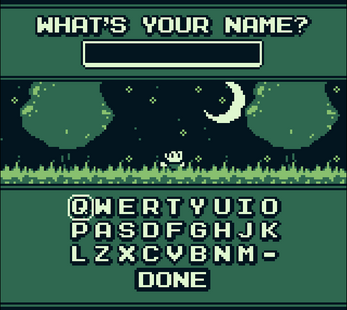 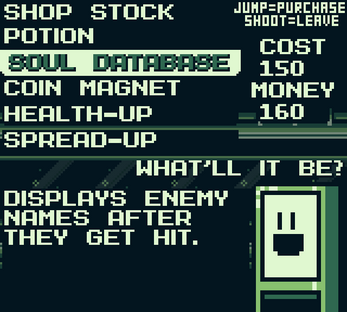 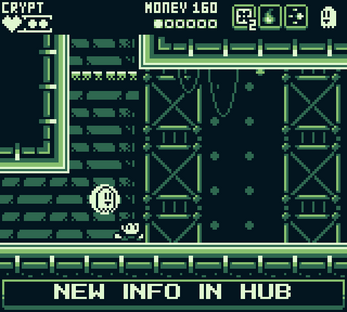 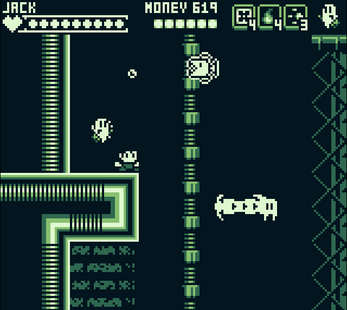 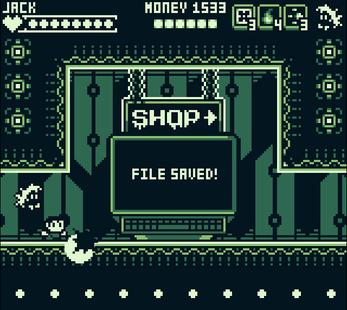